Korean Beekeeping on Brink of Collapse as 10 Billion Honeybees Disappear

"We're on the edge of a cliff; honeybees could go extinct anytime soon."

Mr Lee Young-ki, a 69-year-old beekeeper in Yanggu County, Gangwon Province in South Korea, let out a deep sigh as he opened up an empty hive box. Since this January, at the head of Haenam County in South Jeolla Province, reports have been made by apiaries all across the country where honeybees went missing all at once. Mr Lee’s apiary was no exception. Out of 120 hive boxes, only 20 boxes managed to survive. Not only that, the remaining honeybees were mostly dying on the floor, unable to fly.

According to a joint public-private investigation carried out by the Rural Development Administration(RDA), Animal and Plant Quarantine Agency(QIA), local governments and Korea Beekeeping Association, honeybees from 416,409 hive boxes nationwide disappeared between October 2021 to March 2022. Assuming that each hive box has a population of 25,000 honeybees, the total number of missing bees amount to 10 billion.

Since 1969, Mr Lee has been keeping bees for more than half a century, and his conclusion to the mass-disappearance drawn from years of experience as well as independent research is the climate crisis. Various causes have been rasied so far, such as disease·insect pest or pesticide abuse, but what it all comes down to in Mr Lee’s view is unchanging. "In 2004, I went down to Chungchung Province to feed my honeybees through what became known as mobile beekeeping, which is very common in Korea. There, false acacia blossoms filled the area. Still my bees starved to death, all because of the climate crisis that had taken the honey away from the flowers," he said.

False acacia is the major source of honey in Korea on which more than 60% of the apiaries rely. Thanks to root-nodule bacteria, false acacia trees thrive even under poor natural conditions. Root-nodule bacteria are a type of nitrogen-fixing bacteria which provides nitrogen in return for protein supplied by the false acacia tree, functioning as a natural fertiliser. Despite this tenacity, however, false acacia is helpless in the face of global warming. As the atmosphere heats up at a faster rate than that of land, physiological stress has been inflicted to false acacia trees, thereby forcing them to choose survival before reproduction and to halt nectar secretion.

"There have been attempts to tackle the problem with the lack of honey by developing artificial food for bees made from sugar, but it does not hold sufficient nutrients enough to provide proper immune system for them. Decades of malnutrition and stress have weakened bee colonies, and frequent abnormal weather events this year led to their collapse," he said. "If we don’t do something about the climate crisis, there is no future for the apiculture industry." he added.

Experts say the same. According to Dr Choi Yong-soo at the RDA, the southern part of the Korean peninsula saw an unusual surge in temperature and low humidity during the wet season between July and August 2021. This created perfect condition for parasitic bee mites to prosper, which made honeybees exposed to a higher level of insecticides. On top of that, the region is becoming increasingly subtropical, giving room for the Asian yellow-legged hornet, an exotic species and a natural enemy of honeybees, to broaden the area of action.

Extreme weather events in two consecutive years from 2020 and 2021 dealt a final blow to the bee communities where low temperature drop, strong wind, and heavy rain took place during flowering seasons. The bees were already at their limit as they had suffered from fatigue and malnutrition for decades. To make matters worse, winter was warm without flowers while spring was cold with flowers blossoming. It confused the honeybees and made immature bees come out to collect honey during winter where there were no flowers. When spring came round, temperature plummeted and the bees did not manage to return and died away from home.

Wildfires gaining momentum in frequency and intensity owing to the climate crisis have also been pointed out. The eastern coastal areas, where Korea’s major honey plants habitats are located including Hapcheon, Goryeong and Uljin, were ravaged by massive wildfires last March. Up to this April, 393 cases of wildfires have been reported, doubling the number of 196 cases over the same period in 2021. This is partly because of a significant drop in spring rainfall. At the end of 2021 in the northern hemisphere, the precipitation volume was 85.3% below average.

As the honeybees are taken away by the climate crisis, its collateral damage is permeating the entire farming industry, especially those in need of honeybees for the crops' pollination. "When growing watermelons, all that matters is whether the watermelons are getting pollinated or not. In my cooperative farming unit, 3 farming families threw out 5,000 watermelons because they did not manage to pollinate them. It cost us 60 to 70 million won (47,000 to 55,000 USD)," said Kim Young-bok, President of the Council of Farmers' Organizations in Yanggu County. "During midday, the temperature in the greenhouse goes up to 40℃. So even if we pollinate the watermelons with our own hands, that can happen only in the morning when the Sun is still weak. We have 20,000 watermelons in total, and there is no way we could pollinate all of them in time other than using honeybees." he added.

Fruit farmers are finding it difficult to borrow hive boxes from beekeepers because of the shortage of supply as well as the price surge. "10 out of 7 fruit farmers in Korea rely on bee pollination. In some areas, the price of borrowing hive boxes went up by 15 to 20%," said Dr Lee Gyung-yong at the RDA. "Rather than pollinating with human hands, bee pollination is more likely to attain greater performance as its fruit setting rate is higher and the chance of malformed fruit growing is lower. It is therefore highly possible that the lack of honeybees is going to negatively affect farm household income." he added.

The Food and Agriculture Organization (FAO) predicts that since 71 out of 100 major food crops which takes up 90% of the total food production worldwide are pollinated by honeybees, not only does the extinction of bees affect the food on our tables, but it is also going to have a knock-on effect on the ecosystem as a whole.

"As flowers continue to generate less honey, due to which the population of honeybees falters, I'm closing down my apiary which I've been in for more than 50 years. Instead, I'm moving on to growing the paprika pepper which is a spore plant that grows through asexual reproduction which means it does not take honeybees to proliferate," said Mr Lee, the beekeeper.

Mr Lee pointed out that mobile beekeeping that is rampant in Korea has to go because it forces honeybees to travel long distances which adds further pressure to the species. It also makes them prone to insect pests because the bees transmit diseases and pests across the country as they move around. "Until the climate crisis is settled, which is the root cause to this whole situation, local governments have to secure honey plants to delay the extinction of honeybees and to prevent upcoming potential food crisis." he said. 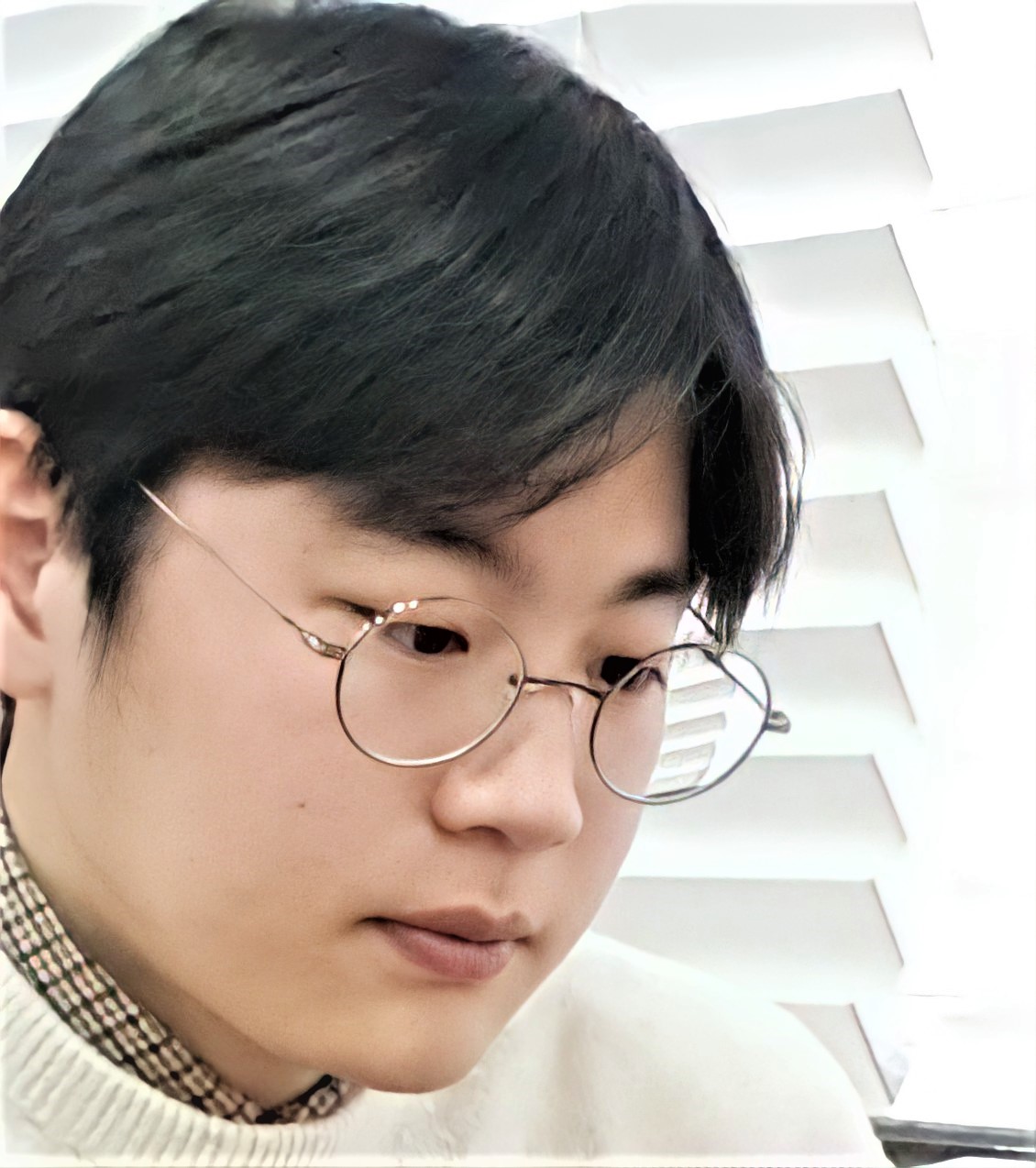 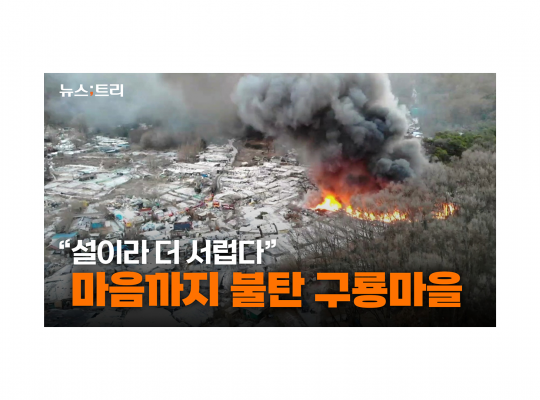 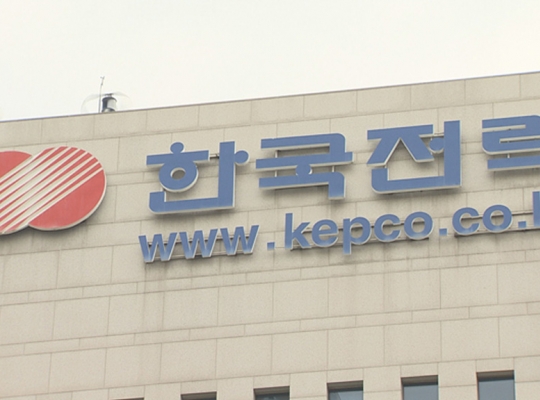 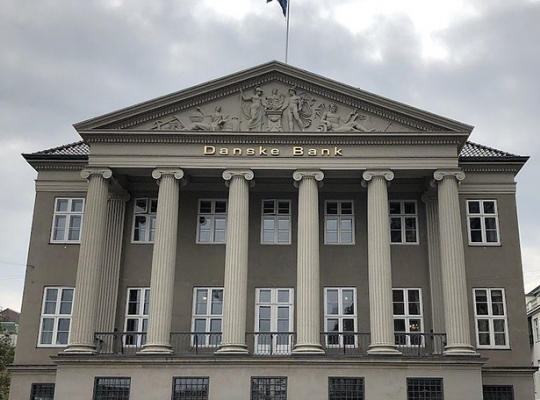 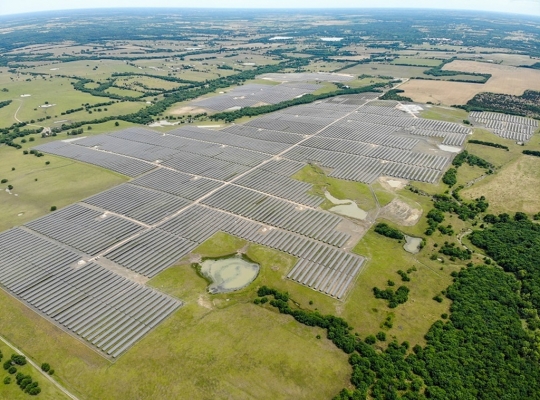 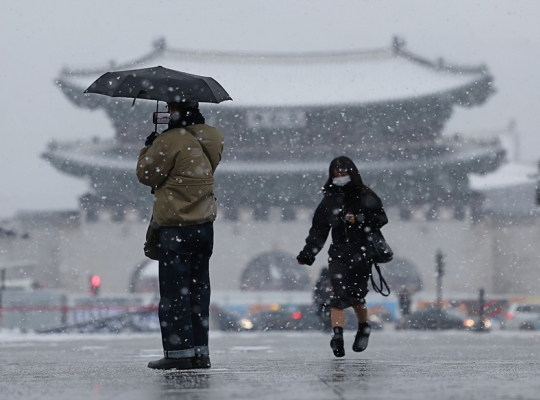 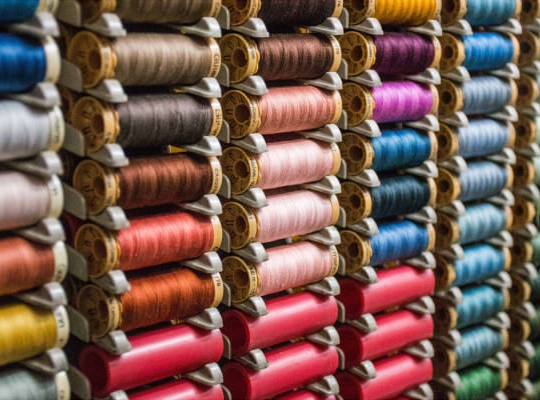 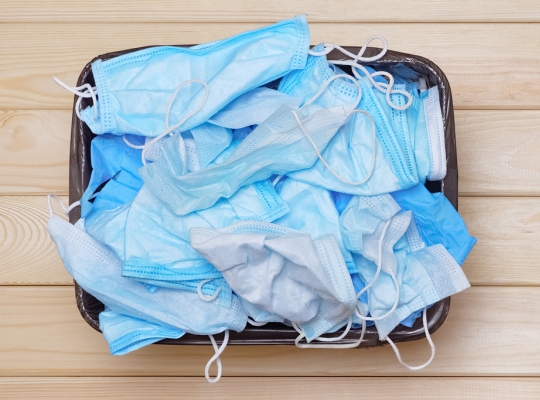 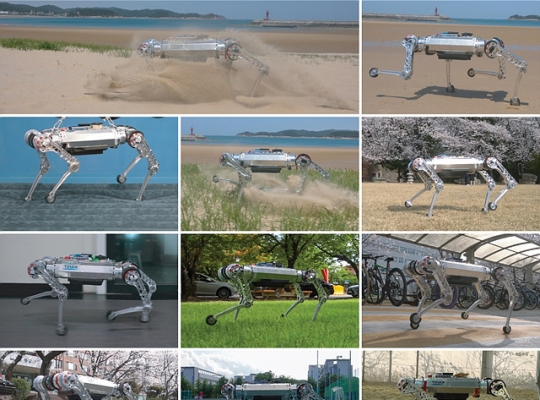 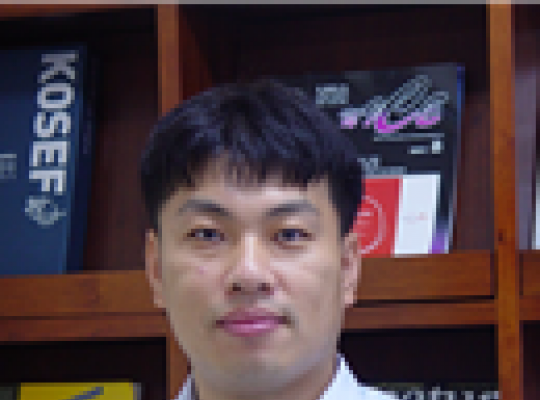 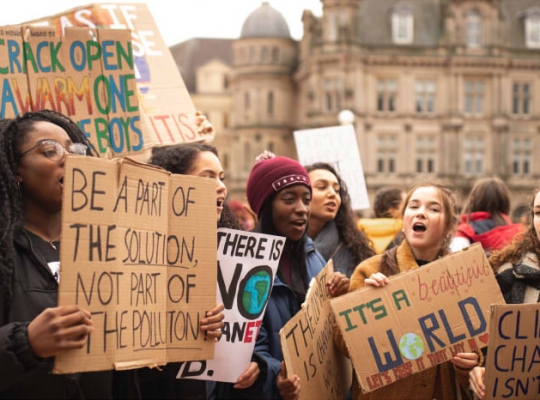 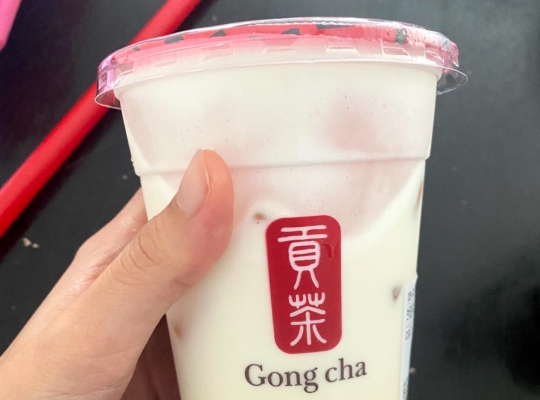 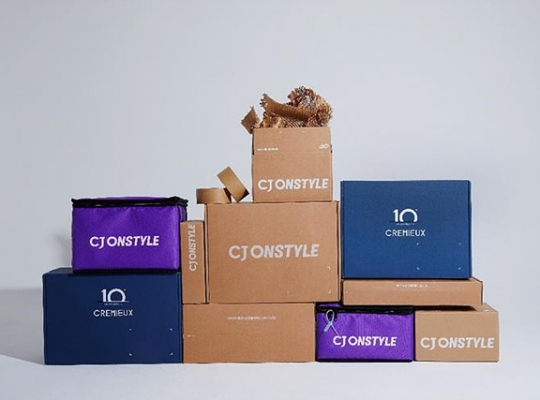 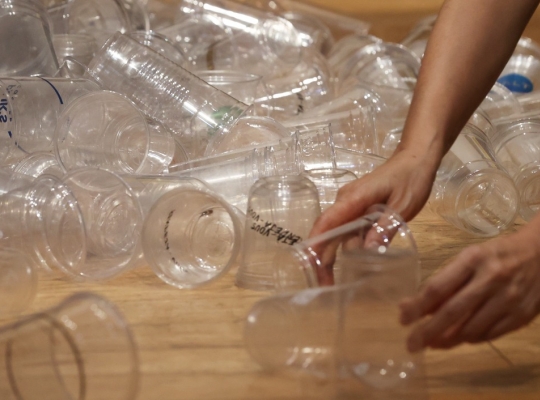 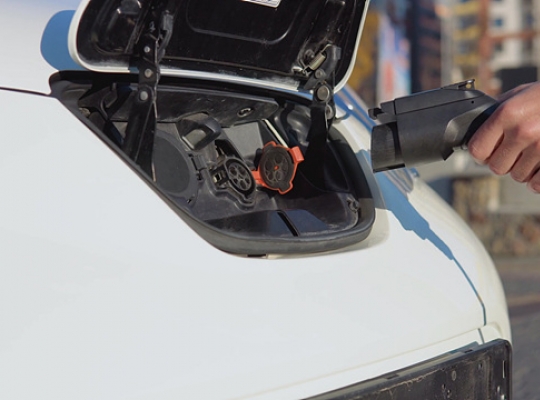 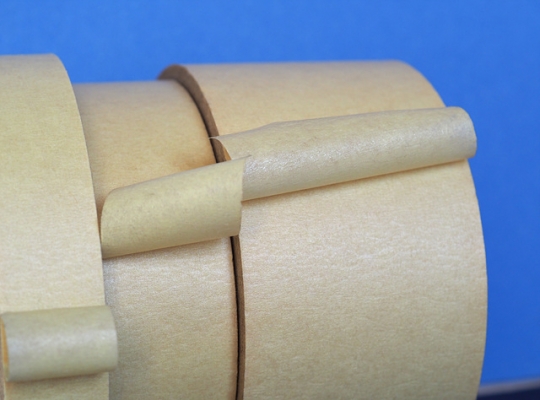 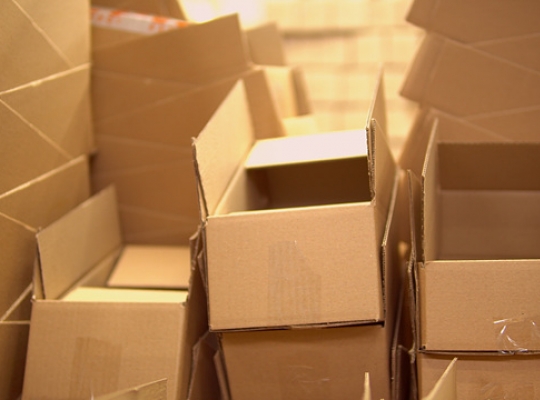 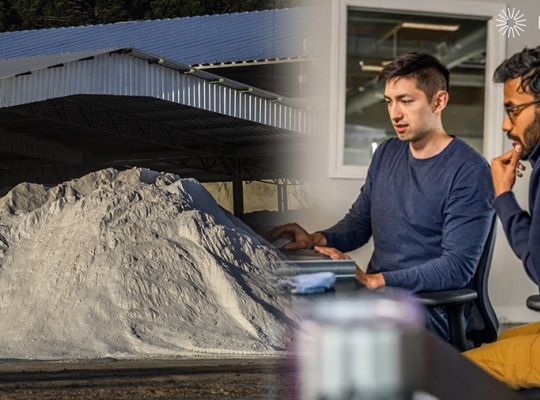 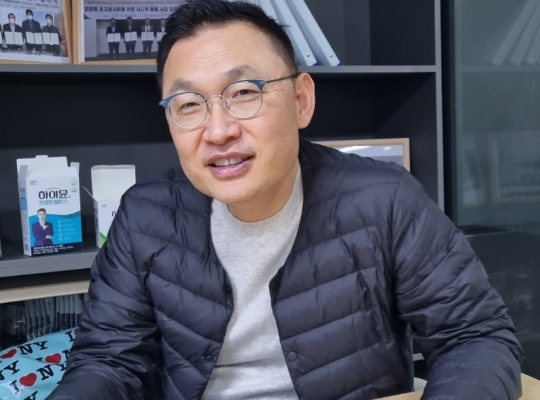 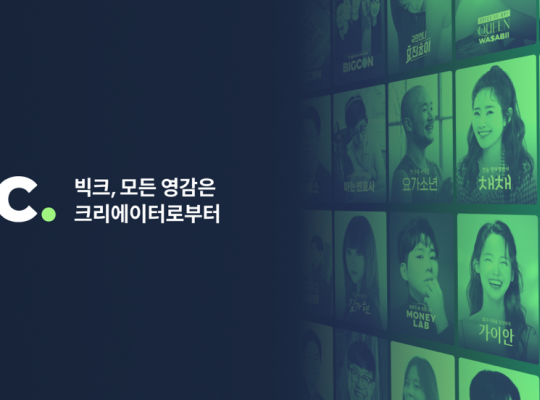